We have watched the impressive show called Carmen by Spanish Flamenco Agancy which can be called ‘ballet’ or ‘dance theater at the 33rd International İzmir Festival. The 4-act opera by the French composer GEORGES BİZET was presented to the audience from time to time in a mixture of ballet, dance and theater in various fields. While body perception began to appear on the scenes with the latest technological combinations, it was wise for İKSEV to present such a modern perception to the festival audience in İzmir. The festival has been growing year by year, and the momentum escalating in the context of timeliness and contemporaryity stands out.

The main subject of Carmen is taken from Mérimée’s short novel Carmen. His libretto was written by Meilhac and Halévy. The premiere was staged for the first time in Paris, Opera Comic, in 1875. When it was first staged in France on March 3, 1875, it was perceived as a violation of established opera and morality, and the work was met with negative reactions and was found superficial, cursory by critics and removed from the poster. Bizet anticipated the fate of the work and understood that it would not comply with the moral rules of that age. Meilhac, one of the text writers, expressed his belief in this, and apologized after the first night, saying that it was his fault.

The story takes place around 1830 in Seville, Spain. The chief woman of the work is Carmen, a beautiful gypsy young girl who works as a worker in a tobacco factory. Generously distributing her love to the men she likes, Carmen easily deceives Corporal Don José with her sexy body. Don José leaves his former fiancé. He defies the orders of the top officers in his unit and escapes from the military. He becomes a member of a smuggling team. Carmen gets jealous when she starts her love life with Escamillo, a bullfighter.

When we look at the summary of the event, we understand how brave the perception is presented to the audience. When women are despised in the social sphere and the female phenomenon plays the leading role in the so-called honor, Carmen is extremely courageous to present her work to people’s appreciation. As a result, Carmen was written as an opera, but in time it became a striking piece that evolved into ballet, musical and dance theater.

Flamenco Agancy, who appeared on the choreography of Juan Manuel Prieto, adds a commitment to human art with the best dance work I have seen this year. Prieto’s backstage of images and space-time perception of the change of space and the integrity of the mathematical equation that solved the dot shot, explains why the flow of the show has a spectacular effect on people. Georges Bizet, Daniel Yagüe, Jose Nieto, Juan Amaya, Jose Galvan, Ramon Perello and Rödenas together with the touch of all the subtleties of the human body, the music was the main point of the show.

The most important effect of calling the work on the stage as ‘dance theater, is not only the power of the body, but also the rhythmic expression of music in words. Previously Carmen I would say clearly that as a critic watched opera in the UK and Turkey, Flamenco Agency of community work in nature lesson for everyone from every angle. If I said ‘I didn’t watch any other show where the Sound-Body-Dance trilogy was performed flawlessly I would have made the right determination. Imagine a show like this; the endless player energy is supported by fast transitions that are constantly shifting.

Almudena Roca, who we see as Carmen, performs marvelous character analysis with her narration of love with dance and her charming attitude. The actress uses her body so deeply that one can feel Carmen’s words in Roca’s narrative. Free woman Carmen, representing the power of love, gained a whole new value on the shoulders of the young female actress. Don Manuel Jose Manuel Prieto and Bullfighter Alejandro Cerda are the cornerstones of the dance theater. In the narrative of two conflicting characters for Carmen’s love, both performers deliver exceptional performance.

İKSEV started an entirely new era in artistic terms and brought the show to İzmir International Festival. The Carmen show I saw in London was dull next to this work. 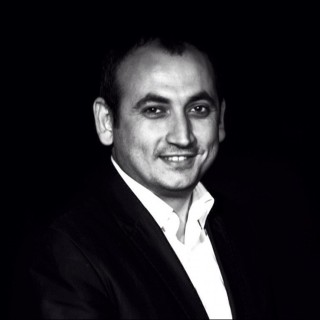